Pretty much anything can be turned into a Christmas tradition if you’re clever or cheeky enough. Given the periodical nature of the medium, it’s no surprise that comics can easily be associated with the holidays.

In Norway, however, comics and Christmas are tied together by a special phenomenon called julehefte.

The world “julehefte” directly translates at “Christmas booklet”, but that doesn’t really tell you much. I could translate it as “Christmas comic” or “Christmas special”, but that’s still a bit vague. For the purpose of the article, I’ve chosen to call these publications “Christmas annuals” (or just annuals) in English. An annual publications is a periodical publication appearing regularly once per year. In the U.S., and the U.K. in particular, the word is often used to describe yearly, special edition comic books. The first time I went to the U.K. and looked for comics for my collection, pretty much all I could find were annuals. It just seems like a natural choice of words. 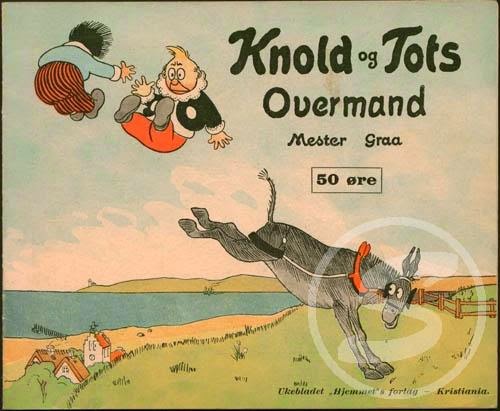 Norwegian Christmas annuals originally contained short stories and poetry, but in the 1910’s , the first comics annuals began to turn up. Fittingly, the annuals featured the world’s (arguably) oldest comic strip, The Katzenjammer Kids, and it was soon followed by Norwegian imitators. Later, other classic American strips debuted as Christmas annuals, like Bringing Up Father (debuting in 1930) and Blondie (debuting in 1941). 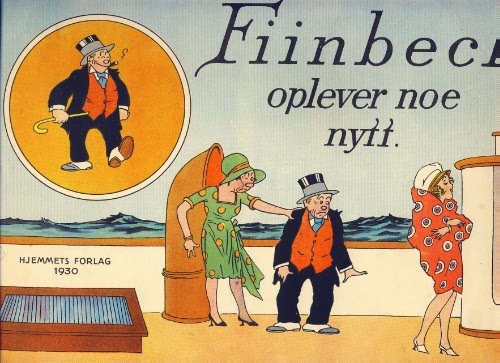 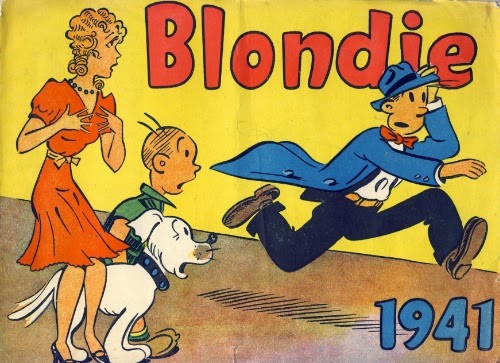 In the early days of the comics medium, Norwegian publishers were afraid that readers would be confused by these odd speech bubbles, and had the comics edited so that the dialogue would show up under the panels instead. Original Norwegian comics, in accordance, were made with this format in mind. A few of the annuals still feature comics that are being told in this archaic manner, although most of these are old reprints.

Apart from the three American titles, the market was dominated by Norwegian titles for the longest time. After television was introduced in Norway, however, American characters and titles grew in numbers. Only the most established Norwegian titles were able to survive the competition. 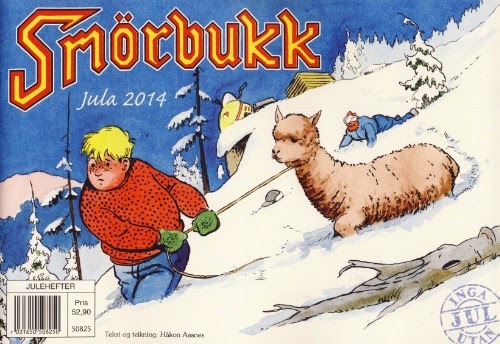 Because annuals are considered a good old Christmas tradition, even people who don’t read comics the rest of the year still pick them up during the holidays. This has made annuals an important source of income for the publishers, who keep trying to come up with new titles that might become a must-have for the casual Christmas shopper. The number of titles seems to have reached its peak in 2011, with a total of 75. This year, it’s down to 58. 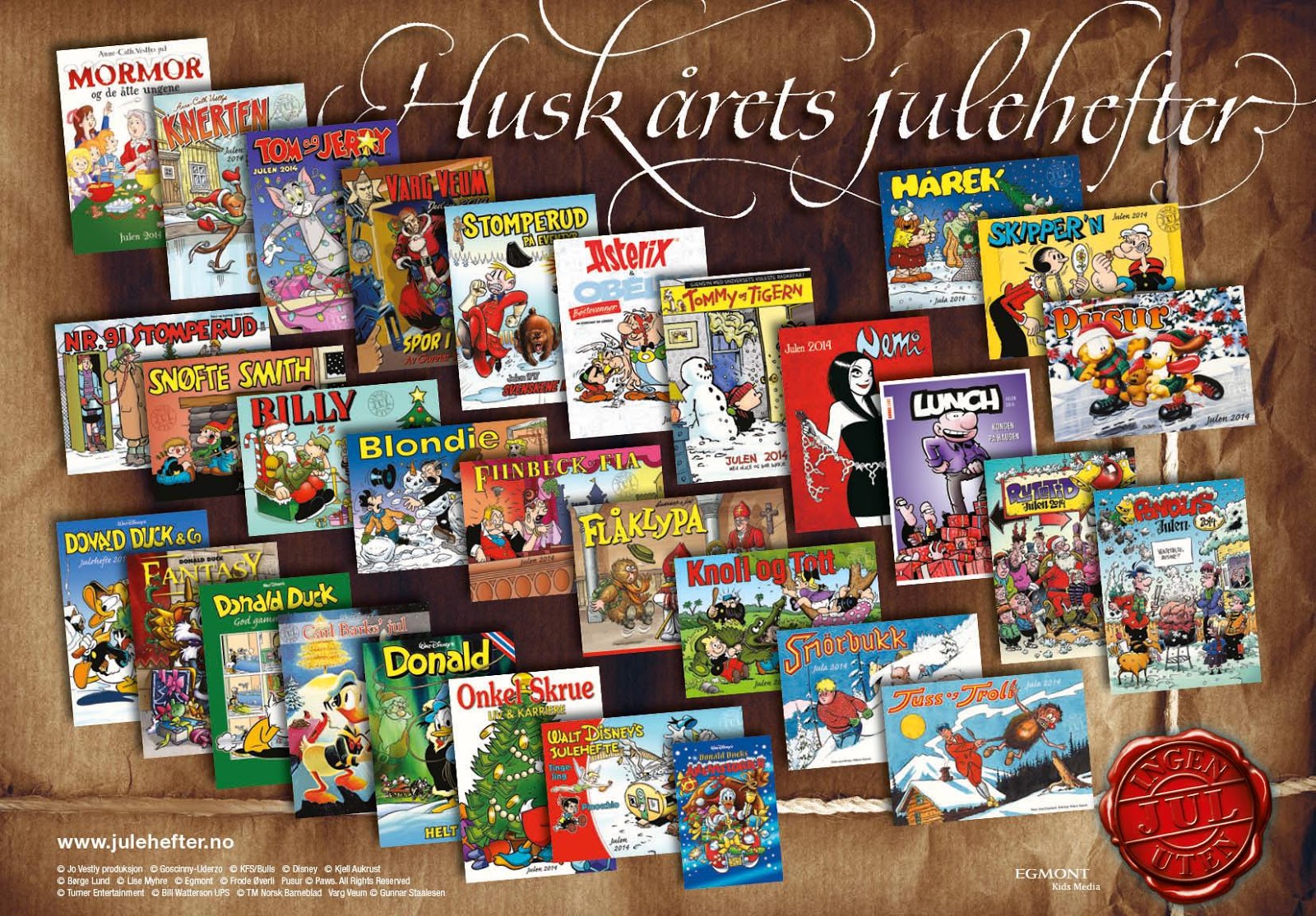 While there have been plenty of exceptions, the majority of the annuals every year belong in one of five main categories:

Classic American – In addition to the three titles mentioned earlier, a couple of other 80+ year old comic strips are still running, though they became Christmas annuals much later Popeye and Barney Google & Snuffy Smith (only Snuffy’s name is ever used in the title of the annual; when was the last time this Barney Google appeared in the strip, anyway?)

Modern American – Okay, I’m really stretching the definition of “modern” here, to include all American postwar strips. A huge number of popular strips have been made into Christmas annuals at least once or twice, including Peanuts, Zits and Dilbert. What remain to this day is Beetle Bailey, Hägar The Horrible, Garfield and Calvin & Hobbes. 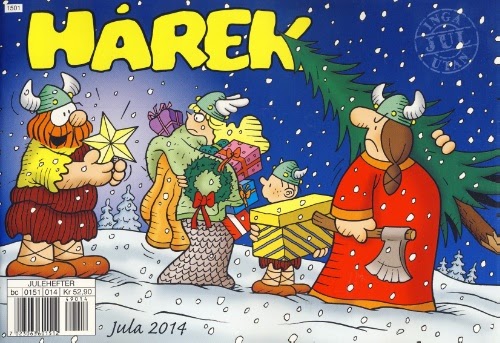 Classic Norwegian – Like I said, the market was dominated by Norwegian titles for the longest time. From the twenties to the late fifties, Norwegian artists and writers produced a large variety of comics for Christmas annuals (even including one space opera, Ingeniør Knut Berg) though the most prevalent genres were adventure and fairy tale comics for kids, and slice of life comedies for an all-ages audience. A few of these remain as reprints only, but most of the surviving titles are still being produced to this day. Artist/writer Håkon Aasnes have almost single-handedly been keeping many of these alive. He’s currently making three annuals a year based on classic Norwegian titles: 91 Stomperud (a military comedy), Smørbukk (a slice of life comedy for kids) and Tuss & Troll (a fairy tale anthology comic for kids). 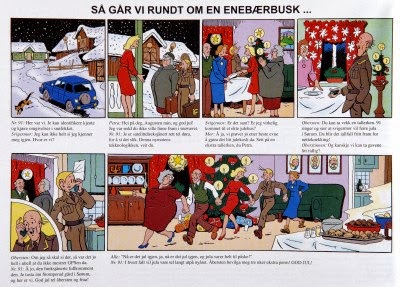 91 Stomperud, one of very few comics still made in the traditional, Norwegian format.

Modern Norwegian – In the eighties, Norwegian publishers began experimenting with new Christmas-themed titles by Norwegian creators, usually aimed at kids. While many these were praised by the press and by comic book aficionados, none of them became a new Christmas tradition the way the classic annuals and certain movies and tv specials had become. With the rise of Norwegian comic strips’ popularity in the nineties, however, a whole new branch in the Christmas annual market was created, and they have a stronghold in the market to this very day. The most popular ones are, quite naturally, those based on the most popular strips like Pondus and Nemi, but pretty much any Norwegian newspaper strip with a certain following have gotten a try. As a general rule, the cartoonist will often make new material for the first few annuals, then sadly, he or she will often decide that it’s too time-consuming and just use regular daily strips. 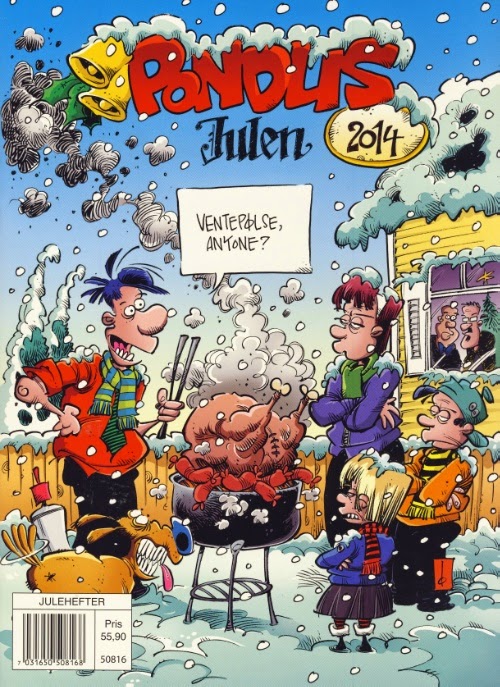 Disney – Disney, and especially Disney Ducks, is definitely in a class of its own on the Norwegian market. And unlike the other four categories, the comics might have originated from anywhere, as Norwegian Duck comics are produced all over the world, including in Norway.  Donald Duck alone gets his name on several of the annuals, which includes an annual dedicated to Carl Barks’ stories, one to Al Taliaferro’s Sunday strips, one to Norway’s premiere Donald Duck artist Arild Midthun and four or five anthologies featuring various artists. Mickey Mouse used to have his own annual, but it was cancelled as of last year. He just couldn’t compete. For as we say in Norway: What mouse? It all started with a duck. 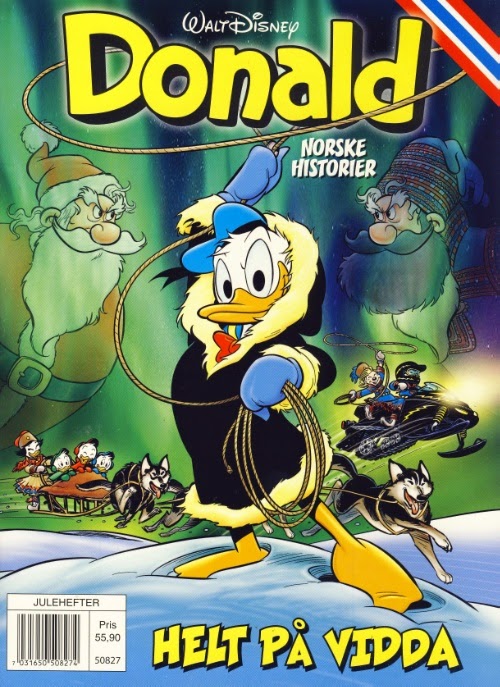