Looking at the stars

We’re borrowing an entire art form from the west, but we’re merging that art form with our stories, says South African comic creator Loyiso Mkize. With his superhero comic “Kwezi”, he is trying to add a distinctively African flavour to the genre. 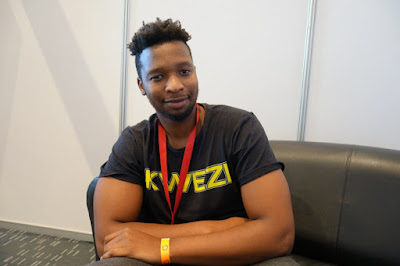 What made you decide to try making comics?

I grew up on comics, and I was into superheroes from a very young age. I come from Butterworth, a small town in the Eastern Cape. Whenever we went to East London (a city in the district), to our nearest C&A, which at the time sold comic books, I’d get the material from there. My first introduction to any art form was comic books, and as I grew up, my folks introduced me to fine arts as well, your typical art history stuff. I got into comic books, I suppose, purely because at my age. When I was seven or eight, I was illustrating and copying from Superman, Spider-Man, X-Men comic books, and just grew from there, expanded and expanded. 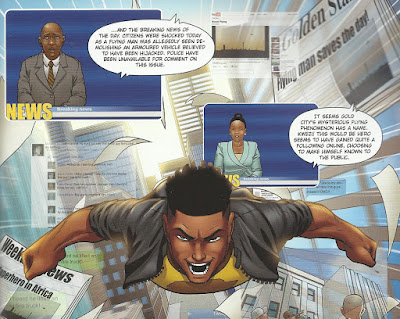 Your main superhero is called Kwezi. Can you explain the significance of that name, what does Kwezi mean?

Kwezi means “star” in Xhosa and Zulu. The idea, the premise of the story is that Kwezi, and other individuals, gets powers from a star – From the emergence of this star in a constellation. It’s anyone’s guess who would mirror that event to his name and create that link somehow. I just felt that naming him Kwezi made that link feel all the more tied in. The significance of it, I suppose, was the fact that I’ve been doing some research on African history and cultures, and I stumbled upon the Dogon tribe in Mali. They were into stars, constellations, and mapping up the skies. So I was wondering exactly what is their knowledge, and how far did that knowledge span, and where did that knowledge came from in this fairly primitive society. 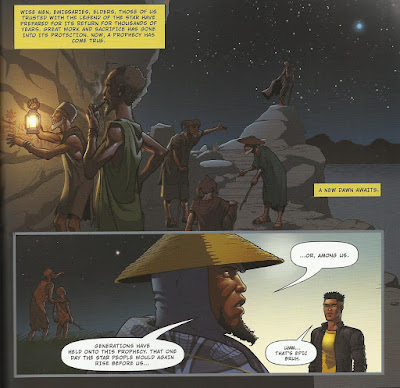 So it’s one of these baffling, yet inspiring things, one of those little gems I found on the continent that speaks of great civilizations, and what we can extract from that. What can we tell, story-wise, about ourselves, about our culture, heritage and history? For me, superimposing all of this inspiration and all of these ideas, superimposing the superhero genre into it was second nature. I suppose I only needed an excuse to do that. But I’m telling a very contemporary story with contemporary characters, and Kwezi himself is a very young guy. But I’m using all these different cues from our cultures – So much stuff to be written about, and to be told. 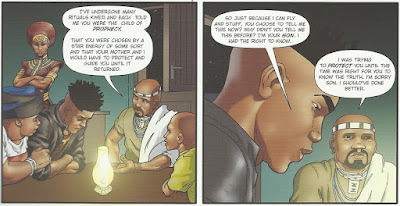 Of course! Look, we’re borrowing an entire art form from the west. That’s always going to be the fact, but we’re merging that art form with our stories. I suppose the challenge is that, yes we’re creating superheroes, but what makes them different from the stuff we see from the west, how can we fit our stories into that world? For me, it became very easy when I realized that all I needed to do was to be South African and talk about stuff that I know. You walk out on the street in South Africa, and just geographically, that makes a difference, that’s grounds for telling a different story immediately. You don’t have to overthink how you’re going to do it, you just walk outside, you meet young people and you meet older people, you start engaging with people. All you have to do is be your best self.  Because at the end of the day, superheroes have always been about us, about exploring our greatest characteristics as human, and our greatest aspirations, and we load them onto these characters. 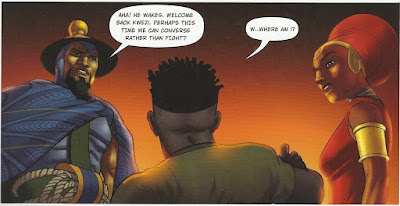 You have been building up a bit of an expanded universe here, but do you think you will continue to keep focus on Kwezi himself?

There’s potential for spin-offs. From engaging with people who read “Kwezi”, I’ve seen interest in a spin-off with the female character Azania, for instance.  I’m not opposed to that. But what is very crucial to me, is to make sure that this comic book goes as far as possible in the industry – break new boundaries, write new norms as far as the comic book industry in South Africa is concerned. If I can develop as many milestones as possible with Kwezi, it will be easier for anything else that comes from my stable to be successful. The material must be accessible and relatable. Accessability to comic books is crucial. 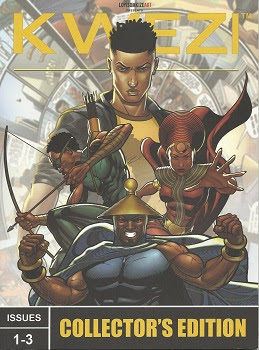 Speaking of accessability, in Norway, the most common thing is still to buy comics at newsagents or supermarkets. Where have you found distribution channels for Kwezi?

Kwezi was, for the most part, until last year, self-published. Maybe it works differently in the States, for instance, but her in South Africa; number one, people want to be able to access it conveniently. Number two, they are just not as warm towards purchasing digital copies of a comic book. People still want the tangible copies. So I went the route of a publisher, David Phillips. Now we are distributed at Exclusive Books nationwide. They offer lots of exposure and accessability. 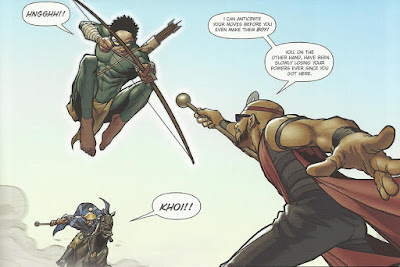 Is it a new thing, to have a serious South African superhero?

It is definitely new.  It’s always been satirical, I’ve seen that. I think we just haven’t found a way of presenting a superhero in a serious sense, like your Clark Kents, like your Spider-Men, haven’t found a language, an accent, a way of reaching the South African audience in an authentic way. It’s not that people aren’t ready for serious material featuring a South African superhero. I think it’s just a matter of how we’re styling it, how we’re communicating with the people we’re making it for. Are we overlooking that they need a supehero that looks like them, and speaks like then, and doesn’t in any way patronize them? You want them to read as if they were reading about themselves.  I’ve really committed to creating comic books for South Africans, stuff that they can feel at home with. 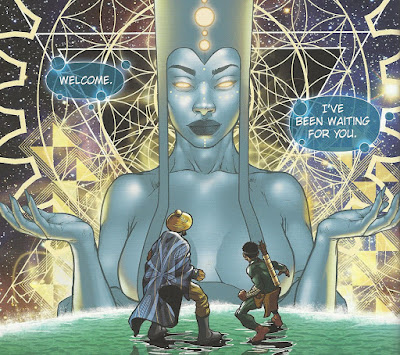 And beyond that, it’ll be easier for anyone else from outside the country, because when they pick it up, they see something very exotic. Because the nature in which they are telling the story is so very different, so unique to them that we want to have it, because by reading this superhero comic, we’re sampling their culture. We’re getting an insight into who they are, how they behave, what are their moralities, their strengths, their beliefs, their standards - All this stuff that is nuanced within the panels of a comic book. These considerations make it that much more compelling for me not to try and write another Spider-Man. Because we already got a Spider-Man, and they’ve already successful exported their culture into our culture, and now we know their culture in such a way that we are actually using their art form to us to reciprocate.

How has the reception been?

It’s been amazing! To be honesty, from the first time I published Kwezi, in 2014, I remember that the first sentiment from one of the first people who bought the first comic book, was that “finally we got our own superhero”.  That sentiment has matured to “How far can these guys take it? Because they are really doing well, but when is the animation coming?  When is the feature film coming?” So this is how high a standard they’ve set for this comic book, how confident they are in the property. And we’ve been in this industry for a long time, we know what a good comic book looks like, and we want the quality to be so good that we get that type of response. 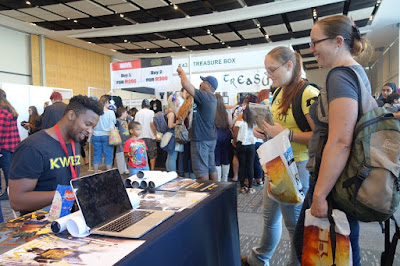 Loyiso and Kwezi has begun appearing at festivals

But no-one can prepare you for the type of response you get from the average Joes, people who wouldn’t necessarily buy comics, but know about superheroes from tv. We’ve activated a market in South Africa. That’s what people don’t realize, that beyond fan cons, there are millions of people who are waiting to be introduced to comic books. It doesn’t need to be niche, to be a small group. There are a lot of people who are readily accepting this stuff because everyone needs an escape, everyone needs material that they can look at and be like, wow man, this is really cool. Especially kids aged between eight and fifteen respond to “Kwezi” in such an authentic and inspiring way. Because of the work that we’ve done so far, we’ve set the bar very high for ourselves. Our job is just to make sure that we keep that consistent, and keep churning this stuff out.
Lagt inn av Trond Sätre kl. 12:01 Ingen kommentarer: