CLOSE UP AND PERSONAL 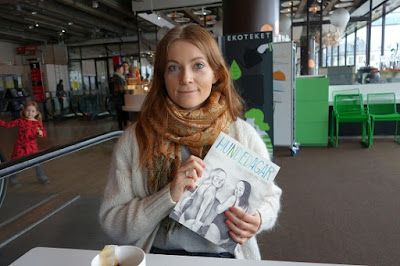 
Earlier this summer, at Oslo Comix Expo (Oslo’s own comic books festival, as the title would suggest) Anja Dahle Øverbye was the first person to win the new comic book award, “Årets Tegneserie” (comic of the year). The award is aimed at Norwegian graphic novelists. The jury described Anja as “A debutant who, with stylish elegance, uses visual and narrative tools to their fullest extent”.

Anja has always been drawing, but unlike the typical comic artist, she hasn’t always been reading comics. Her professional background comes from Bergen Art School and from the Kent Institute of Art and Design in England, where she received a bachelor in illustration and visual communication. Since then, she’s been working both on her own art projects and on commissions, but she didn’t give comics a try until three years ago.

- For the longest time, everyone around me told me I should do it, she told me in an interview I did with her last year. And so she began exploring the media, both as a reader and as a creator, at long last. 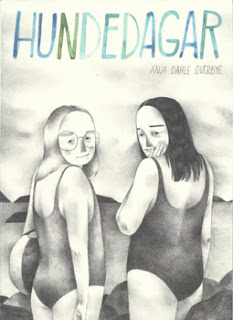 Anja’s comic stories are typically very personal, taking inspirations from her own life. Prior to her award-winning first graphic novel, “Hundedagar” (Dog Days), she got a few short stories published in the comics anthology “Forresten”, as well as a single fanzine publication titled “Hei, er det du som har kreft?” (Hi, are you the one who has cancer?). The latter is an extremely personal story, as it deals with the period when Anja was under treatment for cancer. While the odds of survival were in her favour, the chance of actually dying was enough to get her disconcerted. She was afraid a lot, and she cried a lot, and in the comic, she is very open about this. 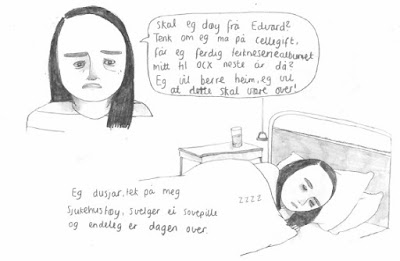 Then, last year, she published “Hundedagar”, whose title is based on the “dog days” phenomenon that takes place late in the summer. According to old folklore, this is a time of the summer when it's particularly hot, hot enough that dogs may go mad. This is when we meet Anne, the protagonist of the graphic novel, who feels left out when her best friend Mariell starts hanging out with the slightly older Karianne. - "Hundedagar" is about the friendship between girls at the age of 12-13 years, because that’s when the feeling of friendship is especially strong, Anja claims. - Rivalry, hierarchy and the social game is very immersive. It’s all that matters. And when someone else comes along and “takes” your best friend, everything falls apart. It's like a kind of love affair. You feel like you have an ownership of your best friend, in the same way that you feel towards a boyfriend. So in essence, that's what this graphic novel is about.

It’s autobiographical in that “Anne” is her author avatar, and that all events in the book happened to her in real life. It’s just the way it’s all been put together that is fake. Some of the events in the story happened to Anja when she was twelve, other things happened when she was eight.  This has been assembled into a narrative that is taking place over the course of one summer. The main character was renamed to in order to give Anja the liberty of not having to think of it as a true story. 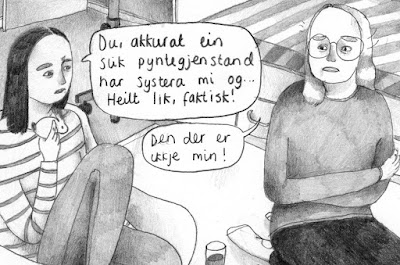 Mariell (on the right) and Anne in "Hundedagar"

Anja grew up in Romsdal on Norway's west coast. And while she doesn't mention the name of her childhood home in "Hundedagar", the graphic novel is very clearly set there, down to her drawing the house in which she grew up. She currently lives in the town of Kongsberg in east Norway.

Anja Dahle Øverbye intends to continue sharing stories from her own life in graphic novel form. She is currently working on her second graphic novel, which will be based on her time as a student at Bergen Art School.
Lagt inn av Trond Sätre kl. 03:40 Ingen kommentarer: