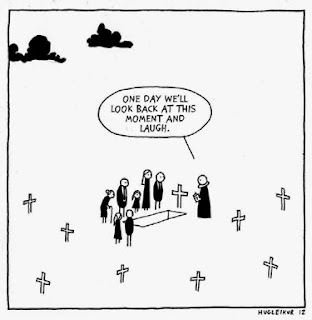 The first Saturday of May has been made into Free Comic Book Day in the United States. In Norway, this concept has been baptized Tegneseriens Dag – Comic Day. And while free comics are still part of the concept, various attempts have been made to add to the festivities (such as they are) of the day. 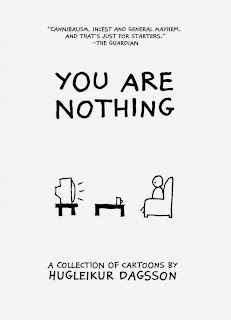 In Bergen, this year’s main attraction of the day was the Icelandiccartoonist and standup comedian Hugleikur Dagsson. In Norway, he’s probably best known for his cartoons in the comic magazine Lunch , although he also had two books published. Iceland has produced a disproportionate number of internationally renowned novelists and pop artists compared to its population. However, the comic milieu on Iceland is rather small, according to Dagsson. Possibly it's just him and a couple of others. He notices a growing interest in the medium, but the commercial distribution of comic books in Iceland is dead. Several comic books were published in Iceland when he grew up, but at some point of time that ended rather quickly. He still loves comics, especially superheroes, and remembers the horribly translated Icelandic Marvel comic books from his childhood with delight. 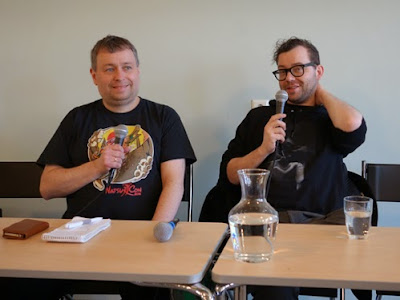 Dagsson is best known for his stick figure cartoons and his morbid humor. It’s so dark that it’s gained a certain notoriety. - The drawings are therapy for me, my way of coping with the evils of the world, he explains. - If we could not laugh at the things that scares us and confuses us, we'd gone insane. In his world, there are few taboos, but Dagsson admits that also he is afraid to draw the prophet Muhammad. Besides, he knows too little about Islam. 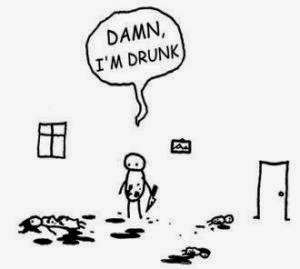 If the only honest people in the world are children and drunks, then surely Hugeleikur Dagsson is a drunk child? I'm a very, very drunk child, Dagsson responds - A child with a hangover. His books have been published in twenty countries, but often only once per country (in Norway, two of his books were published, back in 2007 and 2009 respectively). Perhaps his humor is regarded as just a little bit too harsh in many countries? But there are exceptions; Finns love him. He was in Helsinki as recently as the weekend before Comic Day. They really seem to appreciate his special humor. - In Finland, my books are maybe not regarded as joke books, but rather as fact books, he laughs. 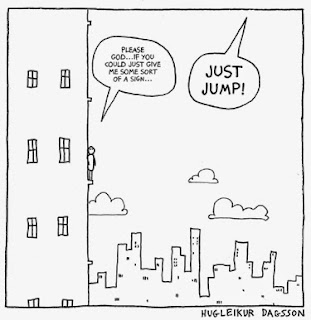